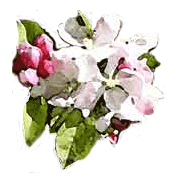 I get excited when I find articles on health research which educate without requiring one to wade through medical terminology and re-read to grasp their meaning. I’ve just discovered one such article about the body’s immune system, entitled “Why Does Pain Hurt So Much” by Paul Ingraham.

Every time our primary defense is breached, every time our skin is broken, infection-fighting white blood cells rush to the site by the millions to fight off invading microbes. These white blood cells also destroy some healthy tissue in the process, causing additional pain. But this is a normal part of inflammation, and makes good sense in the overall immune battle against bacterial invaders. We wouldn’t want it any other way.

But suppose we sustain an internal injury where the skin is not damaged (perhaps a sprained ankle or rotator cuff injury), posing no threat of bacterial infection? Yet our body responds with exactly the same reaction! White blood cells still rush to the scene, where they attack and kill any cells in the area — including ours. Inflammation. Pain. How did this happen?

A long time ago, multi-cellular organisms formed a symbiotic relationship with a bacteria. Those bacteria became permanent residents of every cell in our bodies. They became cellular organs called mitochondria. Mitochondria are the energy-producing organelles of our cells, welcome guests providing a critical service without which we would die. In spite of the long relationship, mitochondria have remained autonomous, even retaining their own DNA. Living within our cells, they are safe from roaming white blood cells. But when internal injury occurs and body cells are ruptured, white blood cells recognize them as foreign bacteria and attack. The result: inflammation and pain.

The article goes on to speculate about the possible role of this immune over-reaction in common pain problems such as trigger points, arthritis and muscle pulls. You can read the article on saveyourself.ca .

You can learn more about massage therapy by visiting theses links...